In 2019, para(sitecom) created clones of Arial, one called Arial Replica one by one, it is an almost indistinguishable replica of Arial but made out of straight lines instead of vector curves. the Replica also has an alternative called Arial Replica one by ten, which is the same font but the size is reduced 10 times. Due to the inability to process all of the points, FontLab compresses the number of points, which leads to further distortion. Later in the same year, using Arial Replicas as references, para(sitecom) made another clone of Arial, using only ellipsis forms to measure and rebuild Arial’s bodies, this font is called Cerial (Cerial.ttf is attached in the USB inside this booklet). 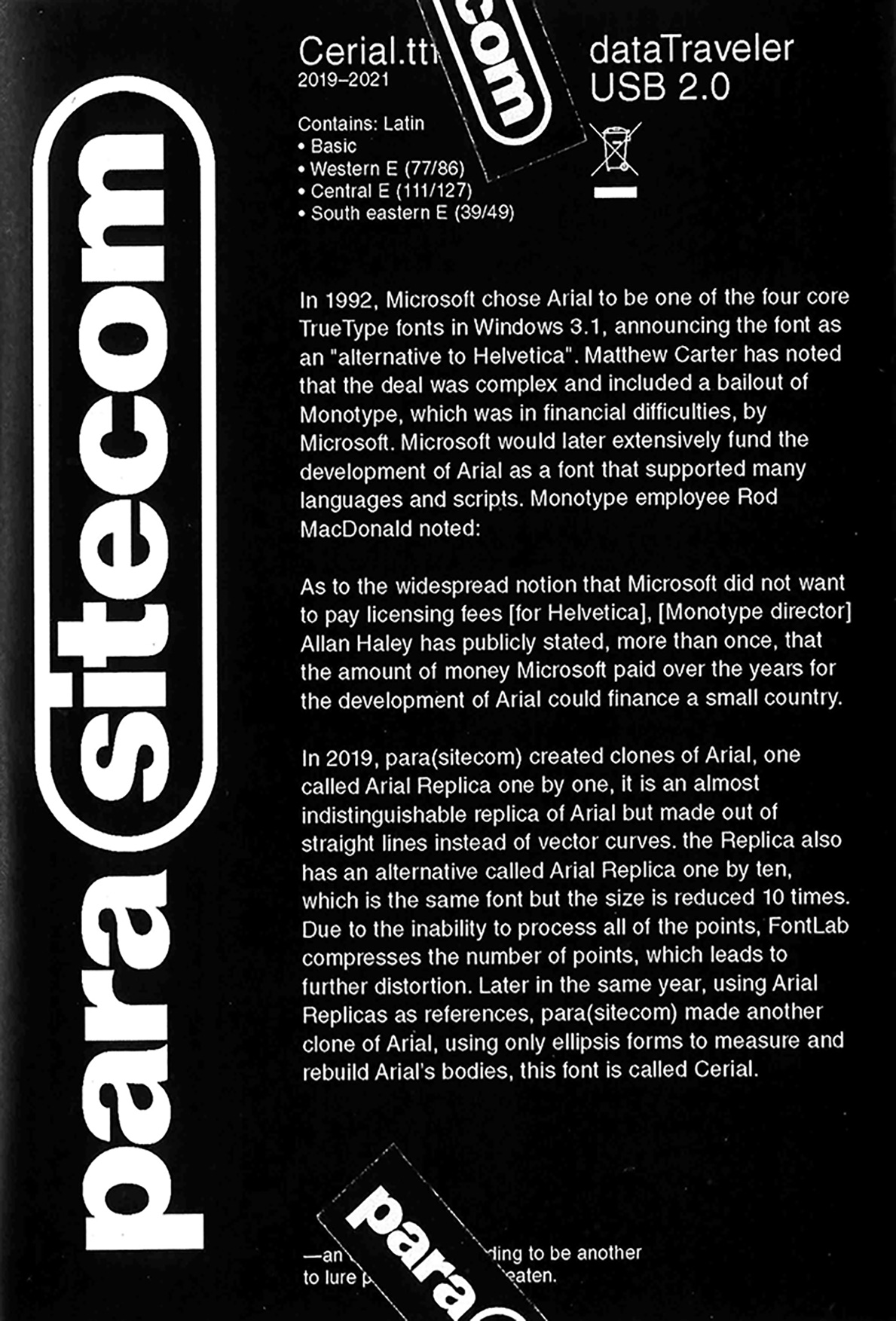 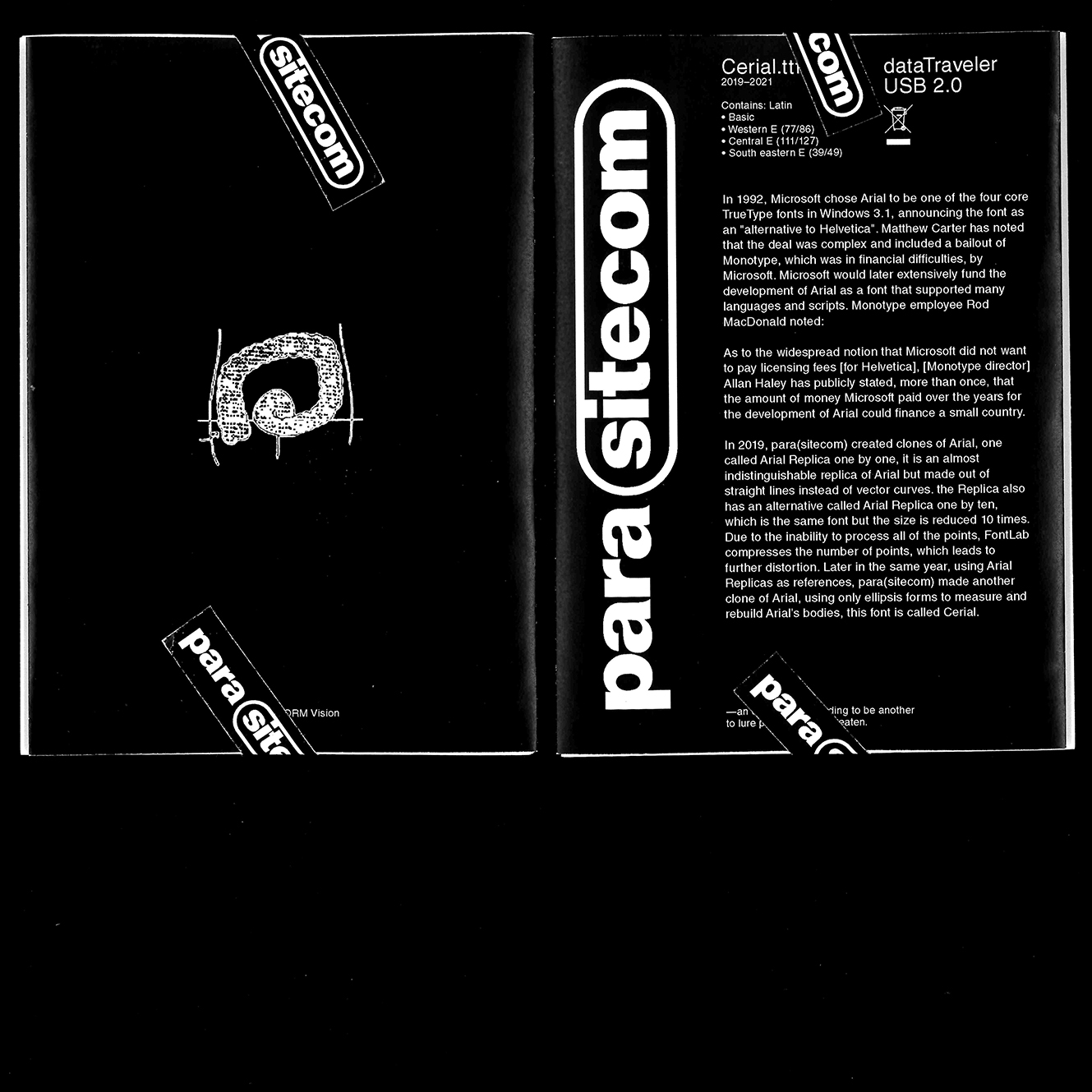 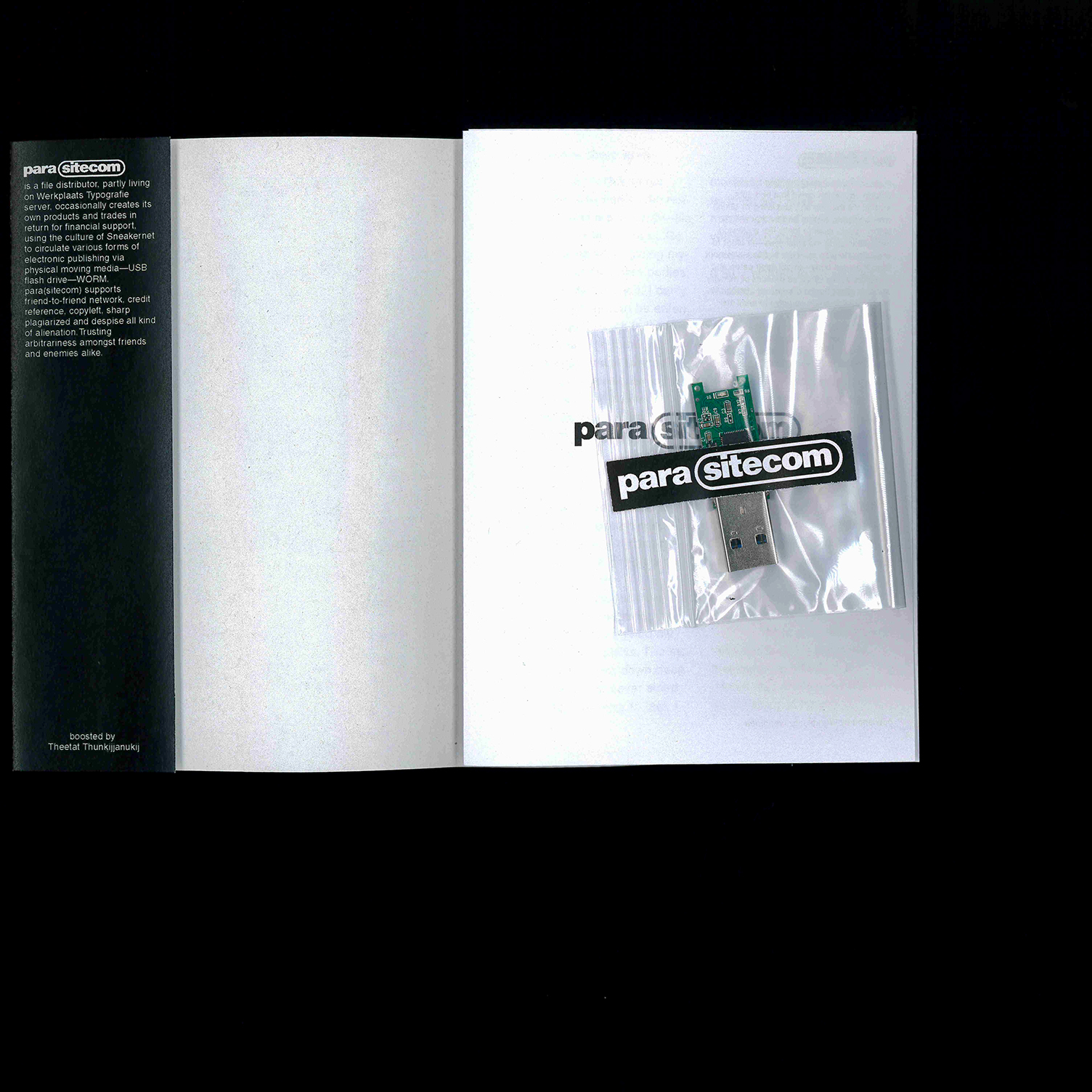 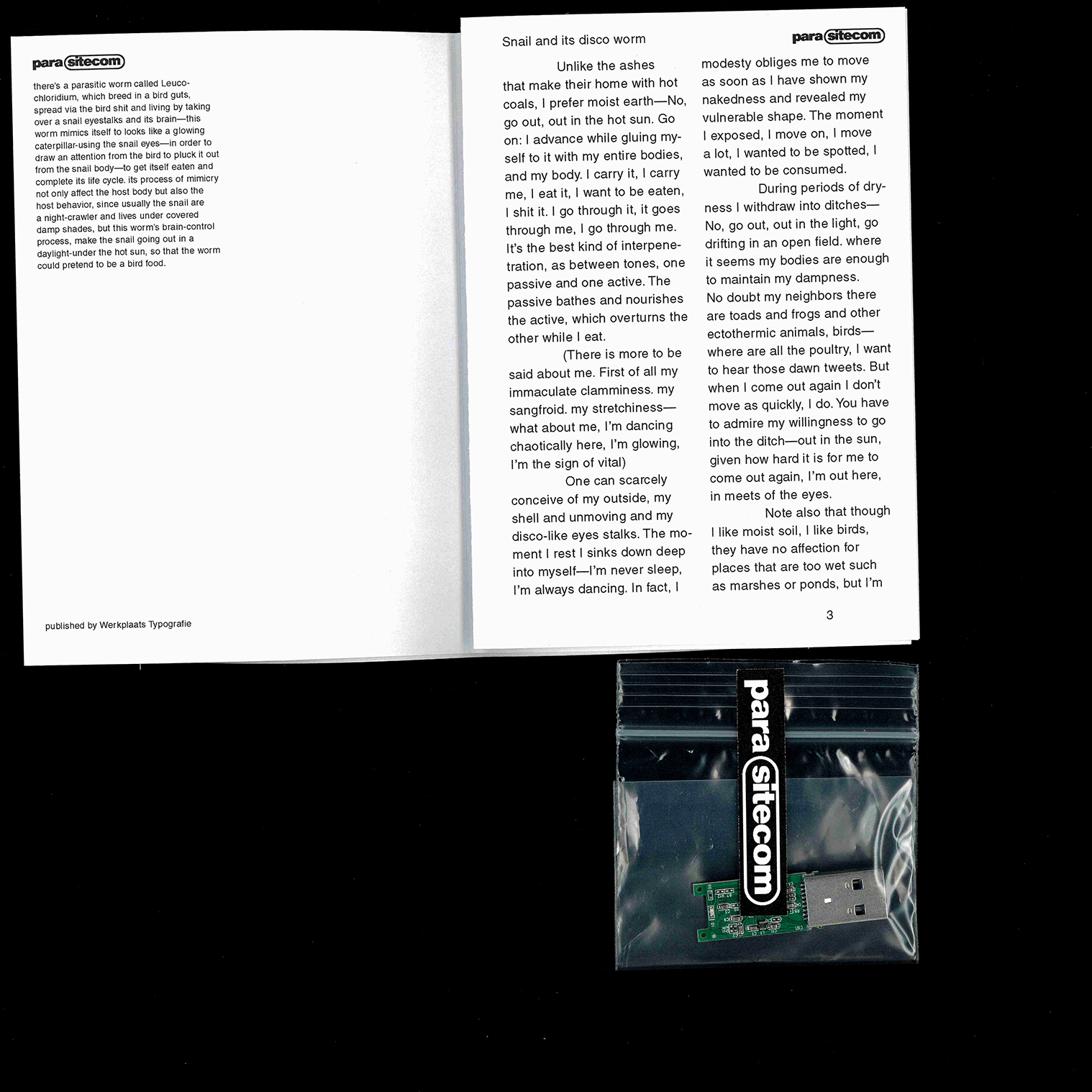