365 Days of Invisible Work contains 365 images collected and compiled by the Domestic Worker Photographer Network. Members of this open network took photographs of themselves and others as gardeners, dishwashers, domestic workers, mothers, interns, artists, and as (illegal) migrants, generating a collective and political representation of domestic space. 365 Days of Invisible Work depicts a critical view of domestic work and work at home, as seen through the eyes of contemporary amateur photographers. 365 Days of Invisible Work is the third edition of the Werker Magazine series initiated by the founders of the Werker Collective, Marc Roig Blesa and Rogier Delfos. It was conceived as part of the Grand Domestic Revolution, a “living research” project by Casco – Office for Art, Design and Theory, Utrecht, that ran from 2009/10–12. The Werker Collective’s practice is inspired by the Worker Photography Movement of the 1920s and 1930s. Far from having a rhetorical approach, it looks into ways of reactivating the movement’s working methodologies, based on self-representation, self-publishing, image analysis, and collective learning processes. 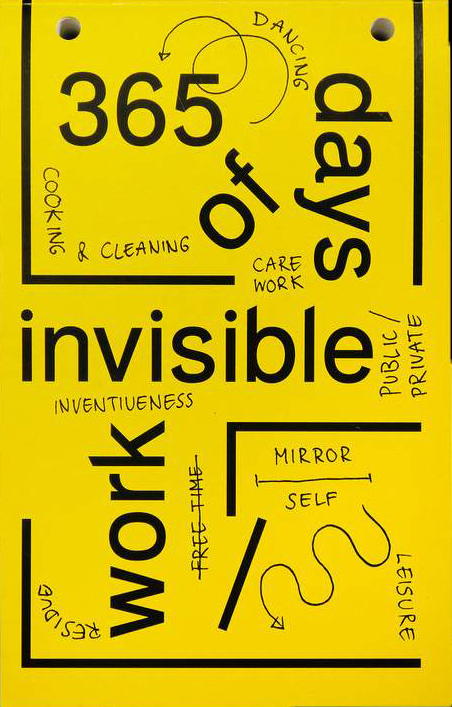